Every pregnancy is so different, yes I know that’s a term thrown about so much that it sounds cheesy but with number four on the way I can confirm it’s also v true.

Just over three years ago I was shocked to find that the thin red line of my pregnancy test was the only evidence I had that Nerg was on his way. I waited for the morning sickness to arrive, for the tiredness to cripple me and the boob soreness to hit….but it didn’t, looking back I can see what a blessing it was, but, having spent the best part of my previous pregnancies with my head down the loo pretty much the morning after conception, I was concerned that things weren’t progressing. We decided to have an private early scan at Babybond. It showed I was two weeks behind the dates we had worked out but it was such a relief to know that all was well.

Fast forward two years and I found myself there again with this pregnancy….while I was feeling quite sick this time, I was also experiencing hideously painful cramps and light bleeding. An NHS scan told me that I had a small bleed in my womb, while they also reassured me it was common and might be absorbed, they were unable to offer a further scan unless my symptoms worsened. I would have to wait  until I was 12 weeks gone to know if little one was ok.

By 10 weeks gestation I couldn’t take the uncertainty and once again visited Babybond for some much needed reassurance. all was well!! and the rest they say is history, cos here I am now, a beached whale  at 31 weeks pregnant, ordering a sieve online in preparation for our homebirth.

Babybond don’t just cater for early pregnancy and reassurance scans though. Heres a run down of their services

We were recently invited to review their 4d bonding experience and, as this could well be our final baby, it seemed like too good an opportunity to miss……Although I couldn’t help but think it unfair that hubby not only knows our baby’s gender, he would also know what it looks like…

dude may as well skip the birth and just send me flowers when he/she pops out.

H, much to her embarrassment, is aware of how babies are made, but the boys are, less concerned with how it got there and instead fascinated by mummies tummy house growing every day…. often asking how much longer they have to wait. Nerg especially asks for the book at bedtime once a week or so, and seems keen to hear about his growing sibling. There’s a line in the story which reads

‘I wish the house had windows, so we could see inside’

and, this is how we presented the up and coming scan to them…. a window so they could see inside my tummy and meet their sibling. They seemed quite excited.

We arranged to visit the centre when I was 30 weeks. This is apparently the optimum time for a 4d bonding scan as baby is big and chunky enough to look like, well a baby, rather than an little skinny alien, but not so big that they’re all curled up and bum is indistinguishable from elbow.

As part of the experience Babybond offer

Arriving a little pushed for time (standard Slummy Mummy behaviour) we didn’t have long to scope out the waiting area. But with two rooms available there was a sense of opulence and choice, kitted out with toys for the little ones, a range of teas and coffees and up to date magazines, it’s certainly beats the fish tank, water cooler and 1980s reader digest selection offered by the good old NHS. If we had known about the family room previously, I might have changed out of my maternity pjs earlier and spent the morning there instead. 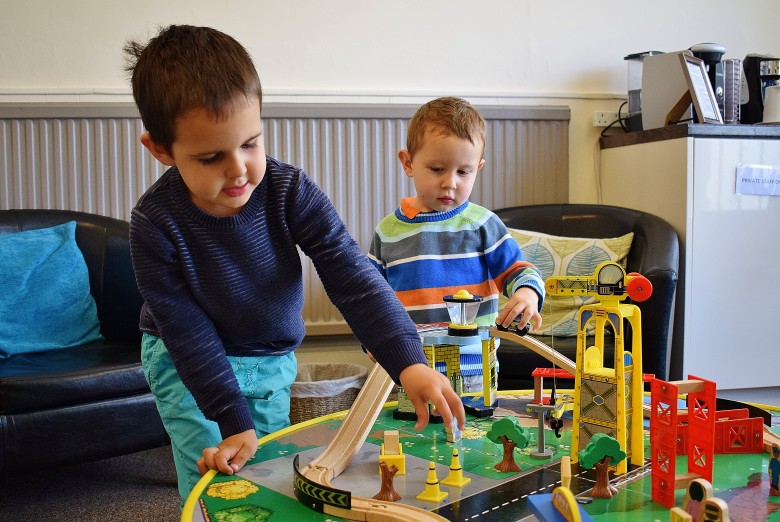 The scan room itself has a recliner bed and various equipment (obviously)….plus two comfy sofas for the children and husband. It’s beautifully decorated (bonus points for the teal) and with cushions on the floor……I’m guessing you could bring the entire extended family and the cat* if you wanted and they would all be snug, comfortable and catered for (*prob not the cat, it’s still a medical facility after all ). There was a large flat screen tv on the wall so no neck straining necessary, everyone in the room can easily watch the going on in mums womb.

The gel was warm!! Yeh ok not a big thing, but anyone who has had a standard scan or a Doppler with the midwife will know that feeling of cold jelly on their abdomen…..  neither am I saying that you should have a 4d scan just because the gel is warm…..but hey, small comforts in pregnancy, it’s worth bearing in mind right?

I told our lovely sonographer that I didn’t know the sex and she advised I look away while she discovered it’s position. I’m pretty sure H used this time to stare intently at the screen….. but alas an ear was spotted first.

I looked up and was blown away, while I had focused on how awesome this experience  would be for the children I didn’t bank on how magical the experience would be for Scott and I. After a few ums and ahs from the little ones, they retreated to a little box of toys in the corner. I was transfixed! 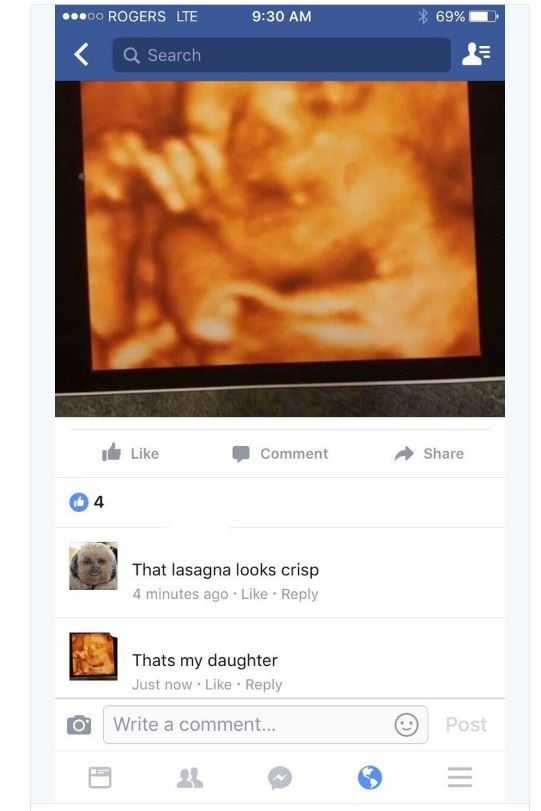 Well, I’ve chuckled to myself more than once when its shown up on my newsfeed….. I totally appreciate the cuteness of these images and marvel at awesome technology is, I normally add a little thumbs up and move on if a friend or family member posts their image…. that’s the extent of my interest…… but this was different, this is our baby and boy (or girl), does that make a difference? I can honestly say I was blown away, watching every movement and feature, trying to see who’s nose he/she has…..will they have the ‘cheeks’ (my family) who’s mouth?! Was it like H or Roo or Nerg as a newborn?? Asking about their positioning (breech but still time to turn),watching a swallow of fluid and even what seemed like a yawn

As well as being able to see our little one babybond also offer a full comprehensive report on babies measurements and position.

Yes it’s a chance to marvel at the little kid you’re growing but the sonographer is a trained medical professional, able to also let you know if further investigation is needed. She told us that, baby is on the bigger side, something we were aware of. Already weighing around 4.5lbs….but still in normal range. All bets are on for a 10lber and the placenta is still at the front, shielding lots of those smaller kicks.

Given my feelings about not finding out the gender, I wondered if it would be anti climatic to see a baby before it’s born? But the moment I saw them all snug and cuddled up to it’s placenta I realised this was something truely unique and special, a real opportunity to bond and personify our child.

I would 100% recommend the experience to other parents to be. I keep looking at those beautiful pictures and I don’t think it’s a coincidence that the nesting has kicked in since I saw that cute half smile.

Of course I got home and uploaded our favourite image to social media, I don’t know if people offered a thumbs up and moved on like I would have done, but what might be a moment of cuteness to you, means the world to us. I’d urge anyone expecting to consider a 4d bonding scan, it really was amazing. And if we had another I’d do it all again!

*disclaimer, we were gifted this experience in exchange for social media promotion and a review, all thoughts however are my own.